Patricia A. Rigney is also a former Staff Attorney and Briefing Attorney for the Thirteenth Court of Appeals in Edinburg, Texas, where she worked under the guidance and supervision of Justice Dori Contreras Garza.  As an appellate attorney, Patricia A. Rigney researched and drafted over 200 appellate opinions for both civil and criminal appellate matters.  Patricia also handled numerous original proceedings and participated in panel reviews of hundreds of appellate opinions.

Presently, Patricia A. Rigney serves the City of Pharr, Texas as its City Attorney and Prosecutor.  She takes pride in serving the community where she was raised.

While in law school, Patricia interned for the Thirteenth Court of Appeals in Edinburg and worked under the guidance and supervision of Justice Fred Hinojosa, where she assisted in researching and drafting numerous appellate opinions.  Patricia also worked as a law clerk at the Law Firm of Grove, Ehlinger & Deaderick in Austin, where she actively assisted the attorneys in their busy litigation practice.  Patricia also participated in The University of Texas at Austin Children's Rights Clinic, where she worked as an Attorney ad Litem.  As an ad litem, Patricia represented children in lawsuits involving removal or termination of parental rights.  Patricia also obtained her Mediation Certificate while in law school.  Prior to practicing law, Patricia was an English and Language Arts Teacher for a local public school.

Being a Valley native, Patricia is fluent in Spanish and she prides herself in practicing law in the community where she was raised.  Patricia strives to treat each case and client with care and consideration. No issue is too big or too small. If you have a legal problem, her expertise can help you find a solution.

University of Texas School of Law, 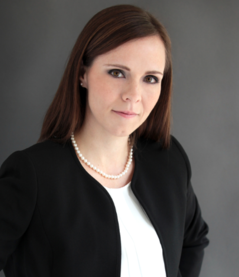